A new GEDB project aims to solve the challenge posed by drug and pesticide resistance by understanding the social and ecological conditions that help preserve drug efficacy.

Increasing levels of resistance become a major concern for health workers, governments and international organisations alike and the World Health Organisation (WHO) has repeatedly warned that resistance evolution is one of the largest health challenges facing society.

Antimicrobial resistance, enhanced by an overuse of antibiotics and other microbial drugs, is a serious threat to global public health as it threatens the effective prevention and treatment of a range of infections caused by bacteria, parasites, viruses and fungi. These infections include pneumonia, urinary tract infections, malaria, tuberculosis and HIV.

The same trend pervades agriculture, where short-sighted applications of pesticides and the use of genetically modified crops in combination have led to more than 11,000 cases of pesticide resistance evolution spread over more than 1000 species of animal, plant and microbial pests.

So far, combatting these two trends have mainly been done separately, despite that this evolutionary response to human activities ishare many common features in the two sectors .

GEDB researcher Peter Søgaard Jørgensen and his colleague Scott P. Carroll at the Institute for Contemporary Evolution at University of California Davies has been granted funding from SESYNC to address this problem by joining knowledge from the two sectors as well as from different disciplines.

”The scientific response to the resistance challenge has so far mainly focused on understanding and manipulating organisms and the environment. But to really tackle the problem, we need to also understand social factors in this essentially social-ecological dilemma,” explains macro ecologist Peter Søgaard Jørgensen.

In a series of four scientific meetings, agronomists and health scientists will work with biologists, social-ecologists, social scientists and economists from different parts of the world to lay out this novel approach and achieve a new level of synthesis.

”We want to understand the human-nature interactions in resistance evolution. There are already many case studies in these areas but we will take a step back and look at fundamental patterns and what we can learn from these,” says Peter Søgaard Jørgensen. ”Our method will be to combine the case studies with a big data-approach in the social-ecological framework developed by the late Nobel laureate Elinor Ostrom.”

The 4-5 day meetings will take place from Spring 2016 to Autumn 2017 at the University of Maryland, USA, where SESYNC is situated, and the aim is that this project will lead to a new synthesis and policy-relevant knowledge on the emergence and governance of resistance evolution. To spread that knowledge policy briefs and an interactive web-platform will be developed. 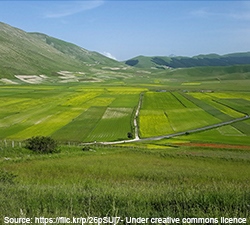