In the Anthropocene humans have transformed much of the planet for their own wellbeing. However, that came at the cost of planet itself, since humans have radically distorted the state of global production ecosystem.

The article titled “Anatomy and resilience of the global production ecosystem” was published in Nature as part of the journal’s 150th anniversary collection. The research was conducted by a team of experts from Sweden and the USA. The work was led by Magnus Nyström, from Stockholm Resilience Center, and among others supported by GEDB’s Jean-Baptiste Jouffray, Beatrice Crona, Peter Søgaard Jørgensen, Victor Galaz and Carl Folke.

The study notes that more than 75 per cent of the world’s land area has already been converted into domains like cities, farmland and timber-producing forests. Furthermore, 90 per cent of fish-stocks in Earth’s oceans is either overexploited or fully exploited.

In the course of modern history, humans have converted forests, lakes and other natural ecosystems into simplified production systems like croplands, forest plantations and fish farms. The main reason behind these actions was to increase efficiency to support overall welfare of humans. Meanwhile, global economies have become increasingly intertwined and interdependent.

The authors emphasize that the simplification and intensification of Earth’s biosphere and its growing connection to international markets has yielded a global production ecosystem that is homogenous, highly connected and characterized by weakened internal feedbacks. As a result, over the course of the last couple of decade the global production ecosystem increasingly vulnerable and exposed to the impact of interconnected risks. In order to build a more resilient global production ecosystem the authors advise that the humanity will need to redirect more financial resources to support sustainability efforts, increased transparency and traceability in supply chains, and include handful of large transnational corporations to act as keystone actors. 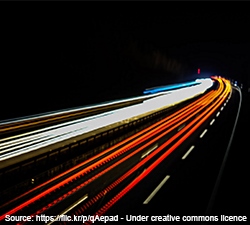