Synthetic fertilisers, pesticides, and more recently genetically modified organisms (GMOs) are cornerstones of today’s global food security paradigm. However, these so-called novel entities are also major contributors to climate change, biodiversity loss, eutrophication and pollution. Their role and effect need to be made explicit in sustainable development planning and policy, according to a commentary in One Earth.

The recent finding that we have left the safe operating space for humanity when it comes to the use of novel entities means it is high time to re-evaluate the role of man-made compounds in future food systems, argues a research team from GEDB and Stockholm Resilience Centre.

Humanity has surprisingly little knowledge of the full effects of novel entities. Another group of researchers has recently argued that the understanding of them is so limited that a global moratorium should be considered on new agrochemicals until the ones currently in use are better assessed. Their use is especially risky given the rapid growth in volume, diversity, and types of new compounds.

“We can think of each novel entity as a drop of water creating rings of cascading change in a body of water. The paths and interactions of rings become increasingly hard to predict as the number of drops increases”, explains GEDB researcher Peter Søgaard Jørgensen, lead author.

Chemical compounds and genetically modified organisms have been essential for maintaining high and predictable yields within conventional agriculture – but only in the short term.

In the longer term, agricultural systems based on agrochemicals are prone to erode ecosystem services and social resilience. In a vicious cycle, the most common solution is often to use more and new forms of novel entities to compensate for the losses they cause.
This lock-in can prove troublesome. Production of many novel entities requires significant amounts of energy which has turned the current energy crisis into a real test of food system resilience.

The authors identify three opportunities for advancing transformations towards sustainable food systems in the context of synthetic chemicals and GMOs:

The authors conclude that whichever stance societies choose on synthetic chemicals and GMOs, the most important point is to make their role and effect explicit in sustainable development planning and policy. 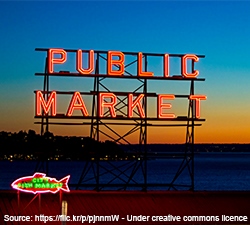