Abstract: The economics of climate change is characterized by many uncertainties regarding, for instance, climate dynamics, economic damages and potentially irreversible climate catastrophes. Using an optimal growth model of a fossil-fuel-driven economy subject to climate externalities and potentially irreversible climatic regime shifts, this paper contributes to the understanding of how the risk of such events impacts on optimal fossil-fuel use, carbon taxes and fossil-fuel prices over time. We show that in excess, to an increase in the expected present value of marginal damages and an increase in the probability of triggering the event, there also exists a third opposing effect. This effect comes from the fall in value of remaining fossil-fuel reserve, which results from the potential regime shift which may (or may not) occur sometime in the future, and implies that optimal fossil-fuel policy shifts towards using more resources early on. This effect is related to the idea of the green paradox.We prove the existence of this effect and show under which circumstances it can become quantitatively important. Numerically, the green-paradox effect seems to be somewhat smaller than, but comparable in size to, the increase in expected marginal damages. In general, our findings highlight the importance of considering the supply-side impacts on climate policy in response to catastrophic climate events. 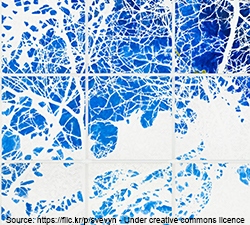