Abstract: Co-management (Co-M), defined as the sharing of management tasks and responsibilities between governments and local users, is emerging as a powerful institutional arrangement to redress fisheries paradigm failures, yet long-term assessments of its performance are lacking. A comparative analysis of five small-scale Latin American shellfisheries was conducted to identify factors suggesting success and failure. In Chile, Uruguay and Mexico Co-M produced positive effects, including stabilization of landings at low levels, increase in abundance, CPUE, unit prices and revenues per unit of effort, and reduced interannual variability in several fishery indicators, particularly in landings. Co-M was successful because it was mainly bottom-up implemented and accompanied by-catch shares (spatial property rights and community quotas). By contrast, Co-M implementation was unable to prevent the collapse of the Galapagos sea cucumber fishery, as reflected by a decrease in abundance and CPUE. Negative effects were also observed in the Galapagos spiny lobster fishery during Co-M implementation. However, recovery was observed in recent years, reflected in a stabilization of fishing effort and the highest CPUE and economic revenues observed since the beginning of the Co-M implementation phase. The combined effects of market forces, climate variability and a moratorium on fishing effort were critical in fishery recovery. We conclude that Co-M is not a blueprint that can be applied to all shellfisheries to enhance their governability. These social–ecological systems need to be managed by jointly addressing problems related to the resources, their marine environment and the people targeting them, accounting for their socioeconomic and cultural contexts. 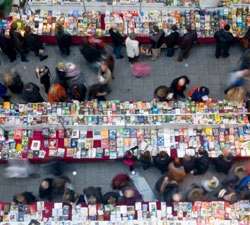