A GEDB-led consortium of five research partners from Sweden, Switzerland and Canada has been awarded 9 million SEK from the Joint Programming Initiative on Antimicrobial Resistance (JPIAMR) to study the resilience and the transformative capacity of society toward the increasing threat of antimicrobial resistance (AMR) in both human health and animal production systems.

The project aims to improve the ability of society to respond effectively to increases and shifts in antimicrobial resistance and enhance the capacity to undertake a transformation in practices, including toward more sustainable forms and levels of antibiotics use.

It will apply a one health approach recognizing that the health of people is inter-connected to the health of animals, plants, and the environment. Building resilience and transformative capacity to AMR therefore requires a collaborative, multi-sectoral, and trans-disciplinary approach.

What is antimicrobial resistance?

Antimicrobial resistance (AMR) is a complex issue of global concern. It occurs when microorganisms, such as bacteria, viruses or fungi, develop ways to withstand antimicrobials, e.g. antibiotices. The misuse of antibiotics and other antimicrobials in the medical, veterinary and agricultural sectors contribute to the rise of AMR. Resistance of bacteria to antibiotics, which are the building blocks of modern health systems, is on the rise and already kills hundreds of thousands every year and risks undermining human health and global development.

Looking at the past to go forward

“There is an increasing understanding that both human and animal health systems need to be able to cope with new forms of antibiotic resistance and that new production forms and new ways of improving human health relying less on antibiotic use are desperately needed. We recently introduced and formalized resilience and transformation frameworks for AMR at the global level and this grant allows us to apply these frameworks to assess resilience and transformability of national and regional one health systems”, project coordinator Peter Søgaard Jørgensen explains, adding that the team will specifically consider links between terrestrial animal farming, aquaculture and human health.

The three-year project is coordinated by GEDB and Stockholm Resilience Centre (SRC) researcher Peter Søgaard Jørgensen and also involves Max Troell and Patrik Henriksson from the Beijer Institute of Ecological Economics, SRC and WorldFish, all based at the Royal Swedish Academy of Sciences. The Swedish research group has been awarded a third of the budget (SEK 3 million). The project will be a close collaboration with internationally renowned researchers based in Canada at University of Waterloo (Shannon Majowicz) and the Public Health Agency of Canada (Jane Parmley), as well as in Switzerland at the University of Geneva (Didier Wernli) and University Hospitals of Geneva (Stephan Harbarth).

Furthermore, the project will engage practitioners, for example farmers and medical doctors, as well as decision makers, and ultimately aim to provide them with advice on how to turn the current negative trend and improve human, animal and environment health.

The consortium will hire a number of new personnel, including several postdoctoral researchers. These positions will be announced in early 2018. Researchers interested in applying for these positions are encouraged to contact Peter Søgaard Jørgensen (psjorgensen@kva.se). 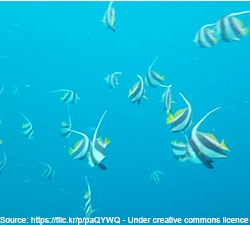