This Progress Report summarizes and analyses the work and activities of the Family Erling-Persson Academy Programme on Global Economic Dynamics and the Biosphere (GEDB) since its inception in May 2013 to the end of Aug 2015, approximately halfway through its proposed length.

The GEDB programme focuses on unexplored interfaces and areas of scientific inquiry with the aim of better understanding global economic dynamics in a biosphere context and uncover the drivers, mechanisms and effects on social-ecological systems and their resilience at multiple scales.

GEDB has during its two and a half years of operation generated about 60 scientific peer-reviewed articles, several published in highly ranked journals like Nature, Science, Nature Climate Change, Proceedings of the National Academy of Sciences, USA (PNAS), Proceedings of the Royal Society London, Philosophical Transactions of the Royal Society London, Frontiers in Ecology and the Environment and Global Environmental Change. Several of these research findings have received attention among diverse actors in society and in both conventional and social media.

The programme is structured around three themes: (Macro)economy and the biosphere, Marine resource trade and its effects on social-ecological systems, and Interactions between financial markets and the biosphere. New insights have been uncovered in each of the themes. New ground has been broken in expanding macroeconomic models to account for the biosphere and earth system processes, in clarifying new interactions and feedbacks between marine ecosystems and globalization from local to global markets, like how the connectivity, speed, spread and scale of global economic dynamics shape marine and coastal social-ecological systems worldwide and in particular the role of trade dynamics and transnational companies as keystone actors in this context. Unknown links between financial markets and biosphere dynamics are also explored such as how commodity markets and new trading technologies create new global connections through which financial markets can influence global ecosystem changes and also invest in and finance solutions for ecosystem stewardship.
Several events, workshops and activities have been organized with collaboration predominantly between economists and sustainability science scholars. Scientific networks of collaborations has been developed and strengthened and new forms of collaborations between science, practice, and business have been initiated. 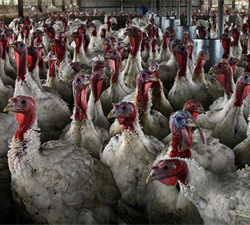