For financial markets, automated trading has changed the way of doing business.  At Wall Street and the financial market at large, computer algorithms now do hundreds of thousands transactions in matter of seconds, outpacing any human trader by many orders of magnitude.

“The nature of these changes pose fundamentally new challenges to governance as they require policy-makers to respond to increasing speed, complexity and global connectivity,” says GEDB researcher Victor Galaz, who is also deputy director of the Stockholm Resilience Centre.

Together with his political scientist colleague Jon Pierre from Göteborg University/University of Melbourne, he has published an article on the subject in the journal Complexity, Governance, and Networks.

In the article, they note that increased trading with financial instruments, new actors and novel technologies are changing financial markets in transformative ways, possibly creating new forms of systemic risks.

Their analysis focuses on three aspects: connectivity, speed and hyperfunctionality.

By connectivity they mean that flows of information and financial resources have expanded to cover not only larger geographical areas, but also an increasing number of sectors in society. For example, financial capital is increasingly linked to natural resources through the emergence of financial instruments such as biodiversity, forests, fisheries and weather bonds.

Speed is exemplified with algorithms that can execute trades in 0.000000740 seconds and a server farm situated in Washington that can transmit data at near light speed to New Jersey.

Hyperfunctionality, a term borrowed from medicine, is a phenomenon created by the combination of the first two, speed and connectivity. Galaz and Pierre use the term to describe how algorithms operate infinitely faster than decision makers in any other areas of economic governance.

The authors suggest a set of governance responses that seem applicable to these ultrafast complex systems, which they summarize as “increasing transparency, slowing down, and decoupling”. But such responses are not easily implemented.

"Needless to say, all these initiatives with the ambition to increase transparency, decouple and slow down are highly conflictive, and have led to intense debates between policy-makers, financial actors and non- governmental organizations," Galaz and Pierre conclude. 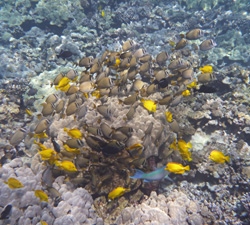