In an opinion piece in the journal Bulletin of the Atomic Scientists, GEDB researcher Amar Causevic and colleagues give a number of reasons why US president Trump’s climate denial rhetoric as well as his administration’s dismantling of climate protection programs and climate science projects is a natural consequence of his political motivation and business background.

“He positioned himself as the antithesis of liberal political discourse in American politics. His attack on the climate change agenda is just one component of his overall attack on the liberal camp. He is also tied to the fossil fuel industry, which feeds into his political stance”, Causevic and colleagues states.

They elaborate on the threats climate change poses to the United States, the nature of president Trump’s disregard for those threats and the impact of his subsequent statements and actions.

Despite these political realities, the authors argue that social consensus can offer a way forward on climate.

“In the United States, a plausible approach to climate change is to create bipartisan consensus at the local level wherever possible, circumventing well-funded lobbying activities in the country’s capital”, they suggest.

Amar Causevic’s research within GEDB focuses on examining interactions between financial markets and the biosphere. This opinion piece is related to his earlier work in the field of energy and climate-change security.

The Bulletin of the Atomic Scientists is a nontechnical academic journal that covers global security and public policy issues related to the dangers posed by nuclear threats, weapons of mass destruction, climate change and emerging technologies. To convey the particular peril posed by nuclear weapons, the Bulletin devised the Doomsday Clock in 1947.

The article by Causevic et al. was published in the “Voices of tomorrow” section, which features essays and multimedia presentations produced by rising experts on nuclear risk, climate change, and threats from emerging technologies. 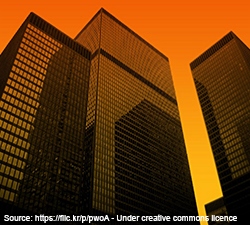