Abstract: Coral reefs worldwide face an uncertain future with many reefs reported to transition from being dominated by corals to macroalgae. However, given the complexity and diversity of the ecosystem, research on how regimes vary spatially and temporally is needed. Reef regimes are most often characterised by their benthic components; however, complex dynamics are associated with losses and gains in both fish and benthic assemblages. To capture this complexity, we synthesised 3,345 surveys from Hawai‘i to define reef regimes in terms of both fish and benthic assemblages. Model-based clustering revealed five distinct regimes that varied ecologically, and were spatially heterogeneous by island, depth and exposure. We identified a regime characteristic of a degraded state with low coral cover and fish biomass, one that had low coral but high fish biomass, as well as three other regimes that varied significantly in their ecology but were previously considered a single coral dominated regime. Analyses of time series data reflected complex system dynamics, with multiple transitions among regimes that were a function of both local and global stressors. Coupling fish and benthic communities into reef regimes to capture complex dynamics holds promise for monitoring reef change and guiding ecosystem-based management of coral reefs. 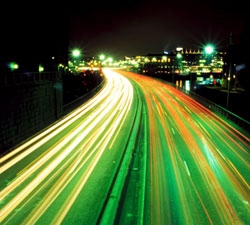