Coral reef ecology in the Anthropocene

Abstract: We are in the Anthropocene—an epoch where humans are the dominant force of planetary change. Ecosystems increasingly reflect rapid human‐induced, socioeconomic and cultural selection rather than being a product of their surrounding natural biophysical setting. This poses the intriguing question: To what extent do existing ecological paradigms capture and explain the current ecological patterns and processes we observe?

We argue that, although biophysical drivers still influence ecosystem structure and function at particular scales, their ability to offer predictive capacity over coupled social–ecological systems is increasingly compromised as we move further into the Anthropocene.

Traditionally, the dynamics of coral reefs have been studied in response to their proximate drivers of change rather than their underlying socioeconomic and cultural drivers. We hypothesise this is limiting our ability to accurately predict spatial and temporal changes in coral reef ecosystem structure and function.

We propose “social–ecological macroecology” as a novel approach within the field of coral reef ecology to a) identify the interactive effects of biophysical and socioeconomic and cultural drivers of coral reef ecosystems across spatial and temporal scales; b) test the robustness of existing coral reef paradigms; c) explore whether existing paradigms can be adapted to capture the dynamics of contemporary coral reefs; and d) if they cannot, develop novel coral reef social–ecological paradigms, where human dynamics are part of the paradigms rather than the drivers of them.

Human socioeconomic and cultural processes must become embedded in coral reef ecological theory and practice as much as biophysical processes are today if we are to predict and manage these systems successfully in this era of rapid change. This necessary shift in our approach to coral reef ecology will be challenging and will require truly interdisciplinary collaborations between the natural and social sciences. 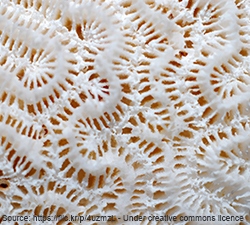