Abstract: Transgenic crops that produce insecticidal proteins from Bacillus thuringiensis (Bt) can suppress pests and reduce insecticide sprays, but their efficacy is reduced when pests evolve resistance. Although farmers plant refuges of non-Bt host plants to delay pest resistance, this tactic has not been sufficient against the western corn rootworm, Diabrotica virgifera virgifera. In the United States, some populations of this devastating pest have rapidly evolved practical resistance to Cry3 toxins and Cry34/35Ab, the only Bt toxins in commercially available corn that kill rootworms. Here, we analyzed data from 2011 to 2016 on Bt corn fields producing Cry3Bb alone that were severely damaged by this pest in 25 crop-reporting districts of Illinois, Iowa, and Minnesota. The annual mean frequency of these problem fields was 29 fields (range 7 to 70) per million acres of Cry3Bb corn in 2011 to 2013, with a cost of $163 to $227 per damaged acre. The frequency of problem fields declined by 92% in 2014 to 2016 relative to 2011 to 2013 and was negatively associated with rotation of corn with soybean. The effectiveness of corn rotation for mitigating Bt resistance problems did not differ significantly between crop-reporting districts with versus without prevalent rotation-resistant rootworm populations. In some analyses, the frequency of problem fields was positively associated with planting of Cry3 corn and negatively associated with planting of Bt corn producing both a Cry3 toxin and Cry34/35Ab. The results highlight the central role of crop rotation for mitigating impacts of D. v. virgifera resistance to Bt corn. 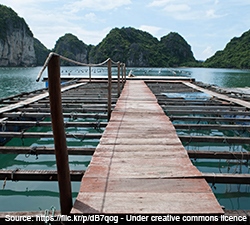