Abstract: Continued greenhouse gas emissions will lead to a rise in temperatures, accompanied by rising sea levels threatening low-lying coastal cities. This vulnerability is especially acute in developing countries’ cities. This study reviews whether Bangkok, Manila, and Jakarta, less prepared emerging urban centers of developing countries, are investing in adaptation projects for resilience against sea-level rise and urban flooding. Sea-level rise and urban flooding resilience projects were identified in the selected cities through secondary research methods, data on multilateral climate funds, and other aggregated funding databases such as Aid Atlas, Cities Adaptation Action, and City Risk Index. Our findings show that even though these cities do have some adaptation projects to address coastal flooding and rising sea-level threats, the funding has been disparate and dispersed due to a lack of continuous, sizeable, and diverse financing options and does not come close to the requirement, given the risks, of covering potential disaster-related losses. Our findings further highlight the need to expand financing beyond multilateral funds and bilateral funding agreements and to include financial mechanisms that incentivize potential stakeholders to invest in projects that ordinarily are considered nonrevenue generating. 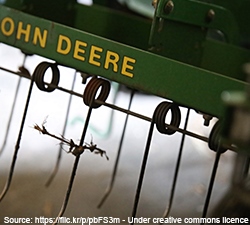