Interplay of trade and food system resilience: Gains on supply diversity over time at the cost of trade independency

Abstract: Rapidly increasing international food trade has drastically altered the global food system over the past decades. Using national scale indicators, we assess two of the resilience principles that directly reflect the effects of global trade on food systems – namely, maintaining diversity and redundancy, and managing connectivity. We perform our analysis for four nutritional components: dietary energy, proteins, fat, and quantity of vegetables & fruits – the key pillars of the WHO dietary recommendations. Our results indicate that, between 1987 and 2013, food supply diversity increased significantly for most of the world's population at the cost of an elevated dependency upon food imports. Food production diversity, particularly in terms of dietary energy and vegetables & fruits, increased for a large proportion of the world population, with the exception being major exporting countries, where it decreased. Of particular note is our finding that, despite a growing number of people being heavily dependent upon imports, the number of import partners decreased more often than it increased, except for the case of vegetables & fruits. This combination of increased dependency on imports and a reduced number of import partners indicates a potential vulnerability to disruptions in linked food systems. Additionally, it is alarming that we found many countries where the studied resilience aspects systematically declined, elevating their exposure to future shocks in the food system. 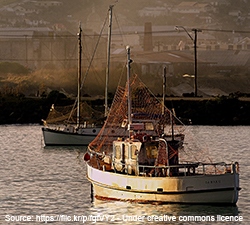