A kick-off meeting was held 5-6 June 2017 for the project “Earth System Finance: New perspectives on financial markets and sustainability”. The project is led by GEDB, in partnership with Future Earth, the UN Environment Finance Initiative and the UN Environment Inquiry into a Design of Sustainable Financial System and funded by the Swedish innovation authority, Vinnova. Partners met for the first time at the Royal Swedish Academy of Sciences and international financial experts were also invited to offer insights from their industry, under Chatham House rules.

It is widely recognized that humans have become one of the main driving forces behind biophysical and ecological change, at previously unprecedented scales. Specific regions and biophysical processes have been highlighted as being exceptionally important for the functioning of the Earth system since they have the potential to accelerate the rate of warming, through various feedback dynamics.

Changes in the stability of such global tipping elements include not only emissions of greenhouse gases, but also environmental changes such as deforestation and land-use change, which affect climate stability through bio-geophysical feedbacks. Therefore, while reducing greenhouse gas emissions is both important and urgent, strategies to curb climate change need to be complemented by approaches that consider the capacity of the biosphere as a whole to maintain climate stability.

Participants in the kick-off meeting provided feedback on a pilot study, undertaken by GEDB researchers, about the potential role of the financial sector in bolstering the resilience of global tipping points, which may otherwise precipitate climate change in an abrupt and unpredictable manner. Ways to scale up and communicate this research were also discussed, in an effort to create long-term impact on the practices of the financial sector. All participants showed tremendous interest in the issue of tipping elements in the Earth system, a complementary approach to the conventional one of reducing greenhouse gas emissions. The meeting resulted in a draft roadmap for the continuation of the project, which will run until the end of 2018. 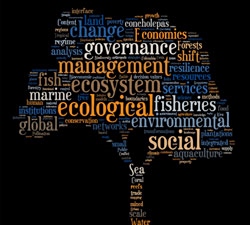