Sustainability, health and the role of the food industry

What we eat and how the food is produced have huge impacts on people’s health and livelihoods as well as on the environment, both locally, with direct effects on ecosystems and globally, as a major driver for climate change.

Sustainability and corporate social responsibility in the food industry was the theme for a seminar 14 November at Stockholm School of Economics arranged by Centre for Business History in connection with the 100th Anniversary of one of Sweden’s largest food retailers, ICA. At the seminar, which attracted an audience mainly from the food industry itself, but also from academia and the policy sphere, the speakers illustrated how sustainability issues have developed during the last hundred years and discussed how the industry can work towards a more sustainable production and consumption.

GEDB executive director Beatrice Crona gave a global perspective on the challenges for producing sustainable and healthy food for a growing world population. She continued by describing the development of the food industry and pointing out where its main responsibilities for meeting these challenges lie now and ahead.

“We can no longer rely only on consumer power to come to grips with both sustainable food production and healthier people – we need a systemic shift", was one of her main messages. "Every system has some leverage points, through which more widespread change can be achieved. The reason for putting the spotlight on the food retail sector in this seminar is that today, a growing body of research suggests that this industry can play a key role in achieving such systemic change”, said Beatrice Crona.

Other speakers were Anders Houltz, Centre for Business History, who described the history of ICA and Lisbeth Kohls, former head of sustainability for ICA, who laid the foundation for the sustainability work within the company. Paul Svensson, chef and restaurateur specializing in creative vegetarian cooking, is on a mission to change people’s views on what is edible. He showed how to cook delicious, healthy food with ingredients generally regarded as waste, such as leftovers or vegetable peels and stems. 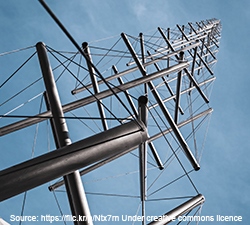