Researchers have launched a new scientific assessment that will look at the role of seafood in the global food system, as the world population is estimated to reach ten billion by 2050. This research initiative, called The Blue Food Assessment, was kicked off during a meeting at the Stanford University Center for Ocean Solutions in February 2020.

Photo: The researchers behind the new Blue Food Assessment.

The assessment is realized through a collaboration between the Stockholm Resilience Centre and the Stanford Center for Ocean Solutions as core scientific partners, with Springer Nature and EAT Foundation as close collaborators for academic outreach and broader impact. It is co-chaired by GEDB director Beatrice Crona, and GEDB and Beijer Institute researchers Max Troell and Malin Jonell are also part of the team. The assessment will progress over the next 18 months to feed directly into the UN Secretary General’s first-ever global Food Summit taking place in September 2021.

“Through the Blue Food Assessment, we propose to provide a deep and comprehensive scientific analysis of the possibilities and risks of a growing reliance on aquatic foods. We have a unique opportunity to deliver impactful and actionable science to the diverse decision-makers shaping the future of food,” says workshop organizer and COS Early Career Fellow Michelle Tigchelaar.

First assessment of its kind

The researchers behind the Blue Food Assessment will prepare a series of eight papers, along with a synthesis report and a series of policy briefs, across several domains and themes: nutrition, environment, economics and justice, climate change, demand evolution, and smallholders.

“Several noteworthy assessments have concluded that to nourish a population of ten billion people while sustaining the healthy ecosystems, there will be an increased need for aquatic foods,” comments Beatrice Crona. “Yet, until now, there has been no systematic assessment of the assumptions, tradeoffs, possibilities and challenges embedded in such a vision.”

The team believes there is a need to build a more just, healthier and sustainable food system. That includes getting a deeper understanding of how the extraordinary diversity of blue foods affect nutrition, environment, equity and the economy both locally and globally.

Co-chair Roz Naylor from Stanford University explains: “Thousands of aquatic food species are being farmed or harvested using a great variety of technologies. It is critical to identify trade-offs and winners and losers within the world food economy as the role of aquatic foods expands”.

With this in mind, the 2021 UN food summit can be the first opportunity to propel changes in the global food production system.

Jim Leape, co-director of Stanford’s Center for Ocean Solutions concludes: “The summit provides an unprecedented opportunity to engage public and private sector decision-makers with new perspectives on the future of food production from the ocean and freshwater systems, and to bring a much deeper understanding of aquatic foods into global food dialogues.” 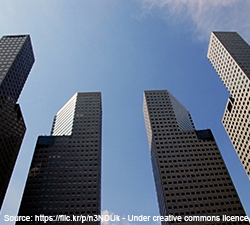