Eight of the world’s largest seafood companies have issued a ten-point statement committing to action on ocean stewardship following the first “keystone dialogue” between scientists and business leaders.

The companies commit to improving transparency and traceability and reducing illegal, unreported and unregulated fishing in their supply chains. Antibiotic use in aquaculture, greenhouse gas emissions and plastic pollution will also be prioritized. The seafood businesses commit to eliminating any products in their supply chains that may have been obtained through “modern slavery including forced, bonded and child labour”.

The statement says signatories “represent a global force, not only in the operation of the seafood industry, but also in contributing to a resilient planet.”

Read the whole statement, more about the initiative and the science behind it on the “Keystone Dialogues” webpage.

The announcement is part of a new initiative - the Seafood Business for Ocean Stewardship – that, for the first time, connects wild capture fisheries to aquaculture businesses, connects European and North American companies to Asian companies and connects the global seafood business to science. The initiative is the conclusion of the Soneva Dialogue, a unique meeting between CEOs, senior leadership of major seafood companies, and leading scientists.

The dialogue, was initiated by the Stockholm Resilience Centre (SRC), with GEDB director Carl Folke and Jean-Baptiste Jouffray, joint PhD student of SRC, GEDB and the Beijer Institute, in the organising team. It took place 11-13 November at the Soneva Fushi Resort on the Maldives under the patronage of HRH Crown Princess Victoria of Sweden – Advocate for the UN Sustainable Development Goals (SDGs).

The dialogue was a Stockholm Resilience Centre event supported by Forum for the Future and the Soneva Foundation. The Walton Family Foundation, the David and Lucile Packard Foundation and the Gordon and Betty Moore Foundation funded the dialogue.

What are keystone actors?

The dialogue is the first between scientists and “keystone actors” a term coined in 2015 by Carl Folke and Henrik Österblom, science directors at the Stockholm Resilience Centre. Keystone species play a disproportional role in determining the structure and function of an ecosystem. Increasingly, large transnational corporations now play this role, for example, in the oceans and in rainforests.

Österblom led research identifying the keystone actors in the world’s oceans. The team identified 13 transnational corporations controlling 11-16% of wild marine catch and up to 40% of the largest and most valuable fish stocks.

“We invited the leaders of these companies to a dialogue to build trust and develop a common understanding about the state of the oceans,” said Österblom.

“We were delighted so many companies accepted our offer. This shows they are aware of the urgency of the situation and willing to engage in these issues.”

According to related research published by a group of U.S. scientists in 2016, by 2050, good management of global fisheries could lead to increase in annual catches of over 16 million metric tons and $53 billion in profit compared to the current trajectory.

UK-based Forum for the Future’s founding director Jonathon Porritt, said: "It's hugely encouraging to see these leading companies in the global seafood industry making such critical commitments to help protect the world's oceans. This combination of world-class science and inspirational corporate leadership is a powerful one - and I've no doubt we'll need to see a lot more of it over the next few years." The organization was a key supporter of the dialogue.

“Creating more awareness of the opportunities – and business necessities – of managing seafood sustainably should be a key priority for CEOs,” added Jean-Baptiste Jouffray.

The first keystone dialogue will now be followed up with additional meetings and dialogue between science and business. A next meeting is already scheduled for next year, where more concrete joint actions will be identified. 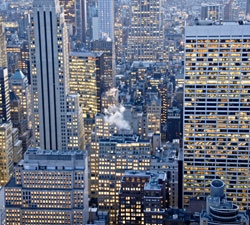